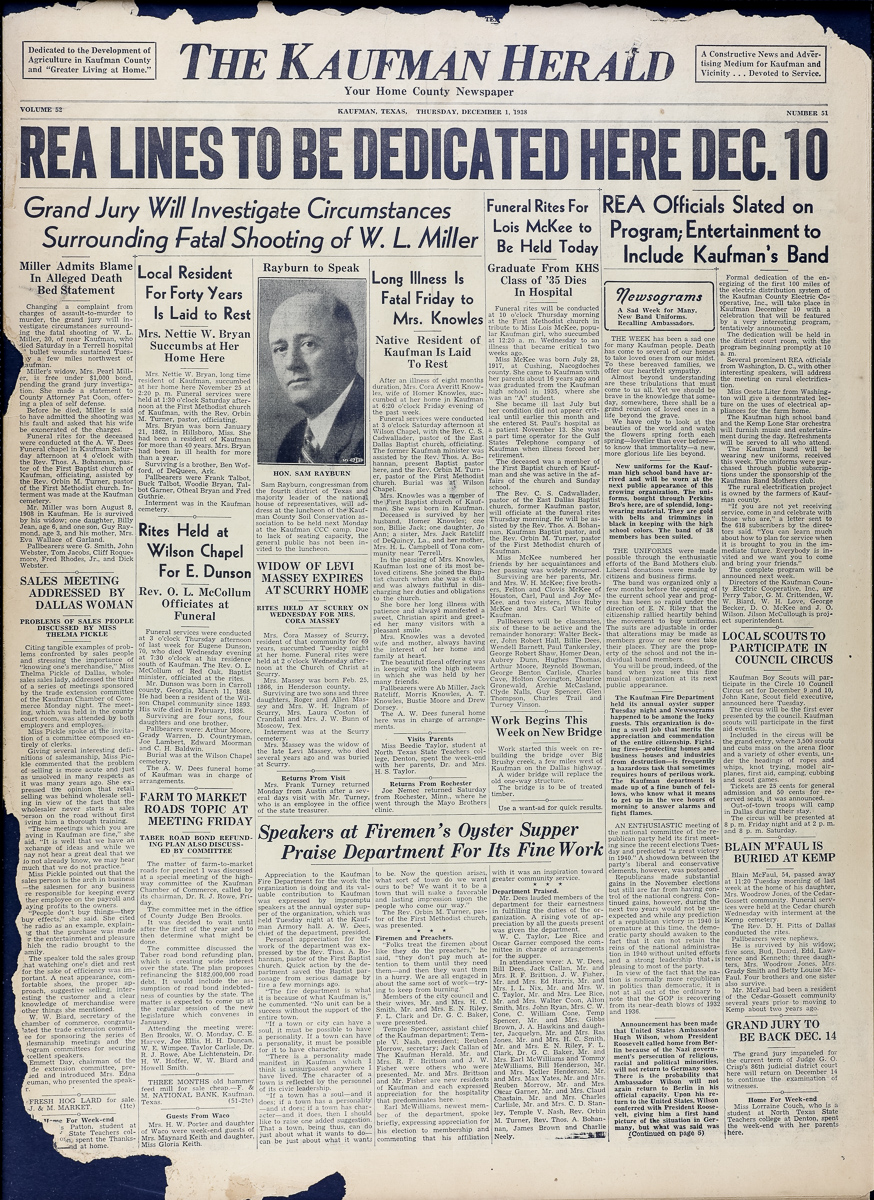 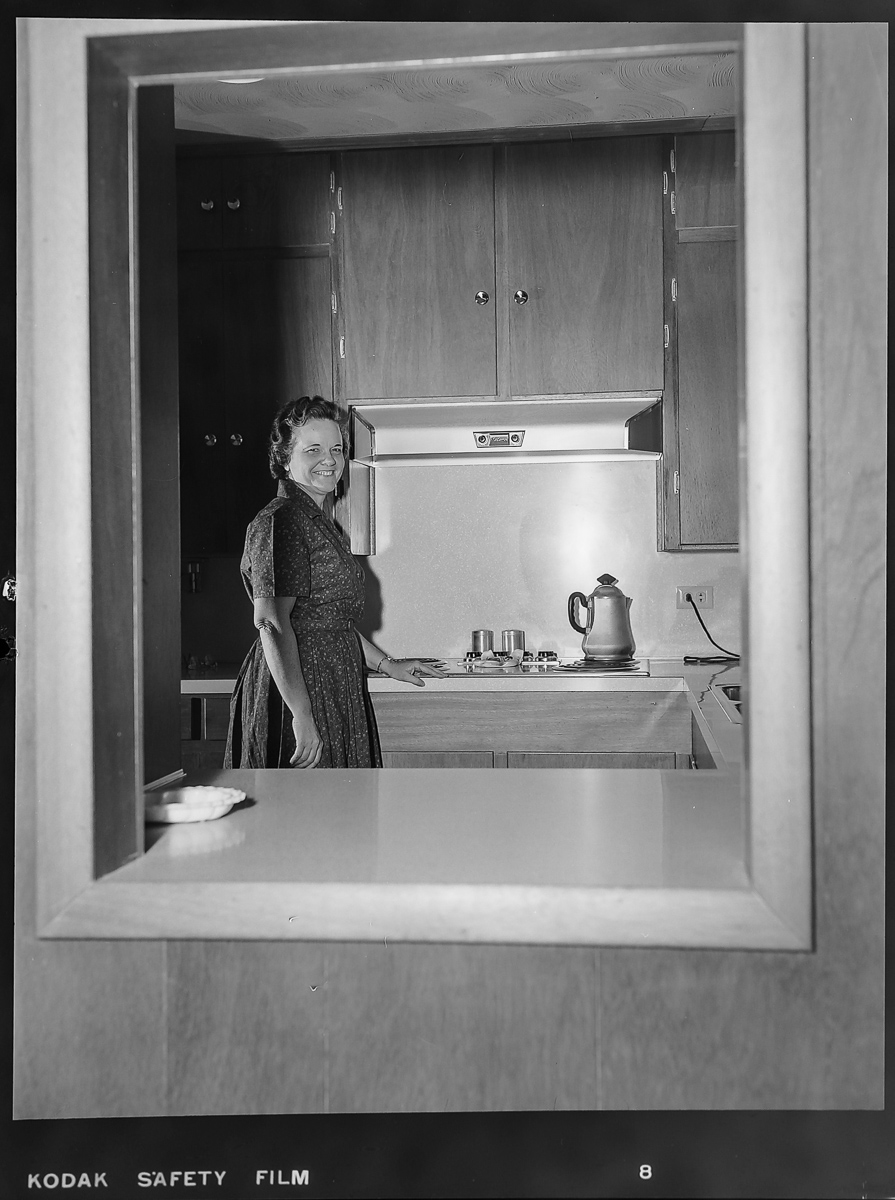 With passage of the Rural Electrification Act in 1936, the possibilities for electric cooperatives really took off. By the end of 1937, citizens of Kaufman County were well into the process of planning what would become Kaufman County Electric Co-op, which was officially incorporated in early January, 1938.

The first KCEC board set up the business end of the co-op, establishing from scratch a plan to bring power to the communities of Ola, Gastonia, Becker and Jiba. The first 100 miles of line was built and energized by December, 1938, and it became the starting point for rapid expansion as the rural community banded together to recruit new co-op members. The initial $5 membership fee is the equivalent of about $88 in 2018.

Rationing of materials during World War II put a hold on many line extension projects. After the war, however, the co-ops continued to expand their service areas. The benefits of electrification were clear, and the stage was set for the modernization of rural living.

After decades of growth, the two co-ops voted to consolidate operations in 1997 to form Trinity Valley Electric Cooperative, with a combined total of about 50,000 meters served.

By 2022, TVEC operated more than 8,000 miles of line to more than 55,000 members. With rapid growth coming from the D/FW Metroplex and farmland turning to housing developments, the importance of safe and reliable rural electricity has never been greater.

“At Trinity Valley Electric Cooperative, we are committed to our member-owners to deliver safe and reliable electric power at a competitive price, with a strong emphasis on member service, community and sound business practices.” 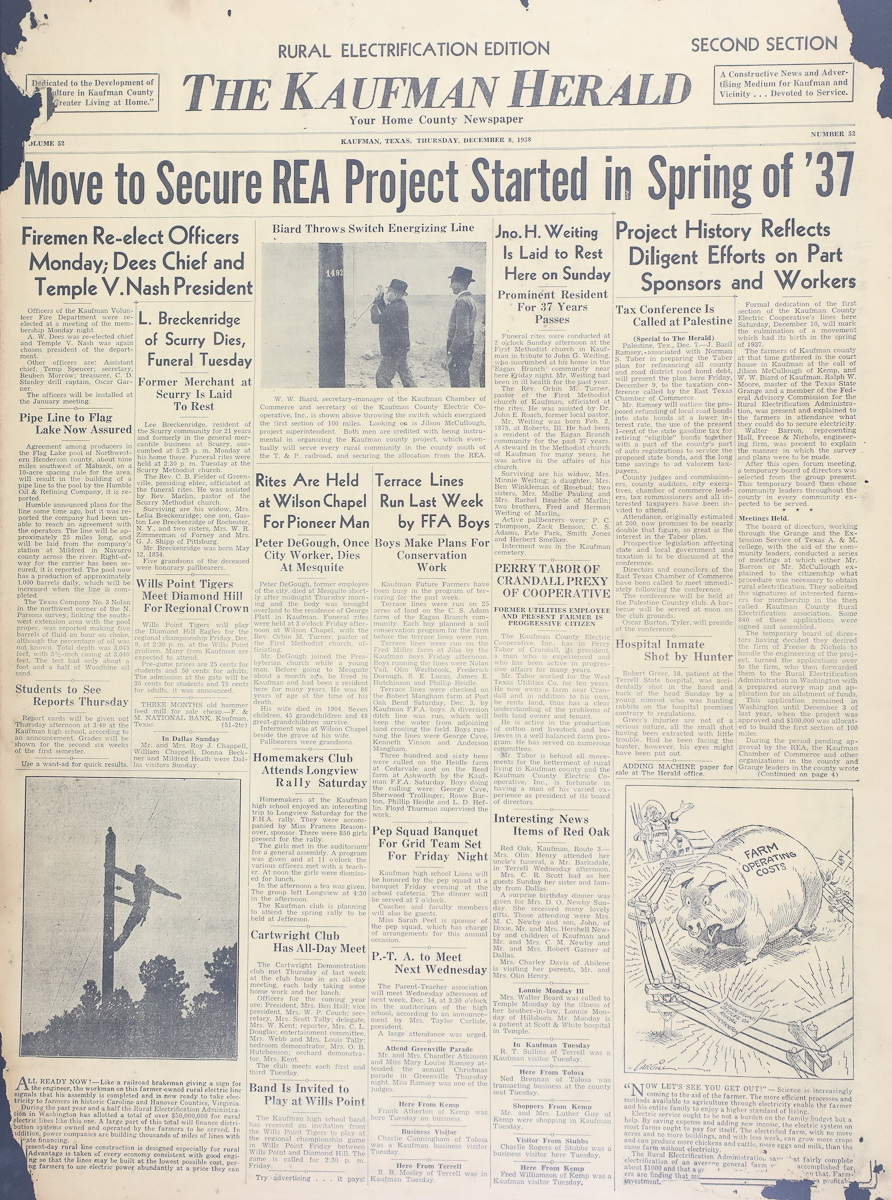 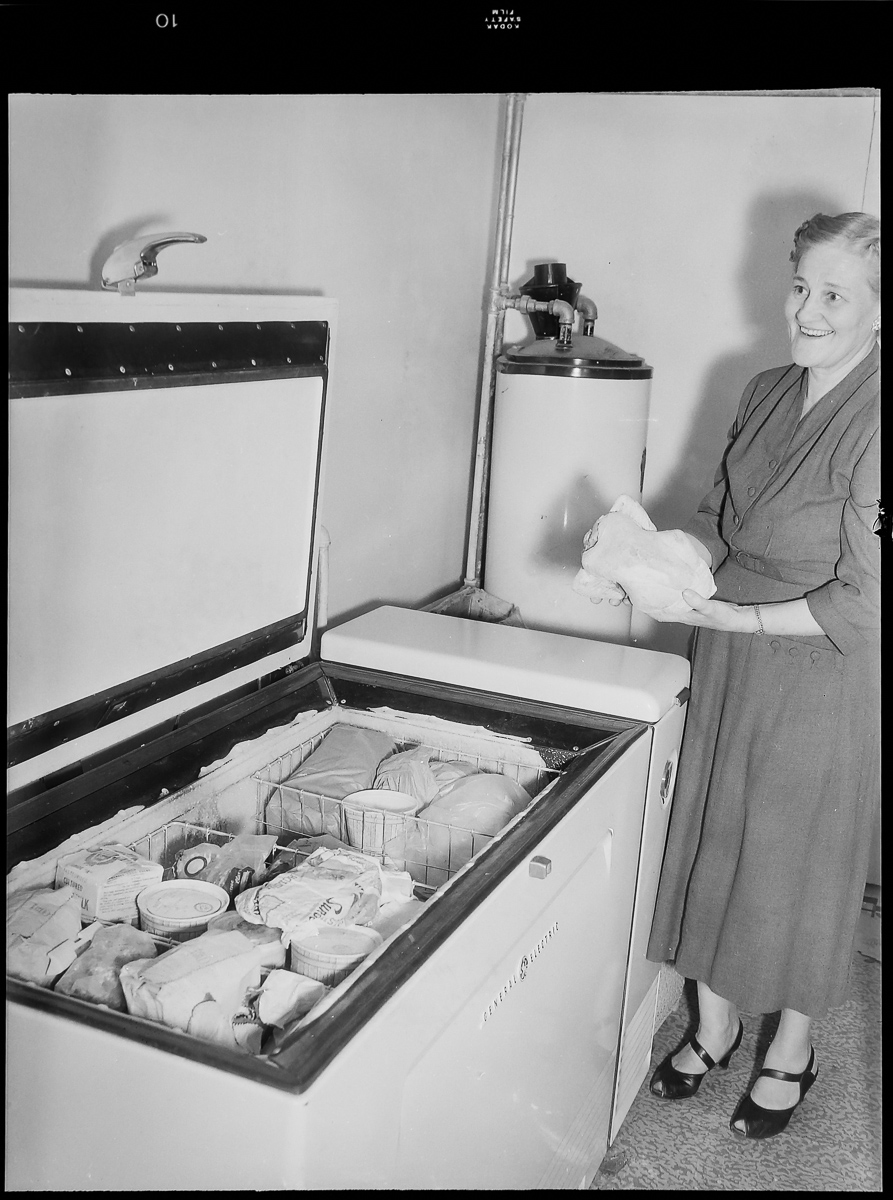 Outage Update: power has been restored. Crews found a piece of switching equipment that had failed on a 3-phase pole and had to turn off power to the whole circuit to safely make repairs. If your power has not come back on report your outage at 800-967-9324. Outage Alert: TVEC crews are responding to a large outage affecting more than 800 members on the west side of Lake Palestine and over to FM 314. Updates regarding this outage will be made as edits to this post. Report outages at 800-967-9324. ... See MoreSee Less

We wish all our members and their families a Happy Thanksgiving!Our offices will be closed November 24 and 25 so our employees can spend time with their families. Offices will reopen November 28th at 8:30 a.m.Of course we will have line crews and system operators working to respond to any outages or emergencies.Report outages at 800-967-9324 or through outage texting. ... See MoreSee Less

Outage Update: This outage has been restored. Crews are checking a single line with a blown fuse that may have been the culprit.Outage Alert: TVEC crews are responding to a large outage affecting about 1,400 members south of Kemp, along FM 148 to the Lively area and parts of southern Kaufman County. The circuit had been on enhanced safety settings for workers in the area.Updates regarding this outage will be made as edits to this post.Report outages at 800--967-9324 ... See MoreSee Less

Let the sun work for you!As the fall continues bringing in cold temperatures, open blinds/window coverings to let natural light add some warmth to you home. Then as the natural light fades, be sure to cover those windows to keep as much heat inside as possible.#TipTuesday #ElectricitySavingTips ... See MoreSee Less

Today we honor and remember those who have served our great nation. Thank you veterans for your service.Veterans make great co-op employees as well, to the great benefit of TVEC members and coworkers alike. We are thankful for our staff who made serving the country part of their journey to TVEC! ... See MoreSee Less